You might be asking if I have published this title as a joke or as a way for me to generate interest and increase my online popularity… Seriously though, this is no joke! This was something I heard while I was being accompanied by my personal assistant (PA) (who will remain nameless) as we travelled from Stratford bus station on a 262 bus to my next destination. About five minutes into my journey, an old man, who also happened to be a black person, entered the bus. Let’s name him Sam. He appeared to have some difficulties with walking but managed to take the seat next to my PA. If only we had known he would turn out to be a nightmare passenger, I would have asked my PA to block the seat with her bag! Well, maybe not, but still… 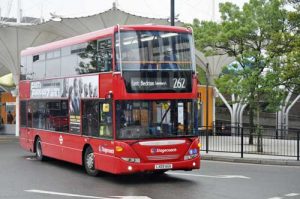 The bus ride
There I was positioned in the wheelchair accessible space, minding my own business, as I always do, when things started to go wrong. Sam, now comfortably seated, without a minute to spare or any hesitation blurted out a question to my PA, asking if they were my carer.  “No,” she replied snappishly. Not satisfied with this response, and to my amazement, he commented loudly,

“You will walk again – God Bless you.”

Really? Was this man serious? All I could think was, why was he all up in my business? What is it with people and making comments about walking? Frankly, I’m vexed, annoyed, and totally offended. There was no way I was going to remain silent in such circumstances because what benefit would that have served?  I’ll tell you — none! I’m always reminded by the words of one of our greatest leaders and remember what Martin Luther King taught us, “Our lives begin to end the day we become silent about things that matter.” So… instantly, without any pause, I blurted out, “I don’t want to walk and I’m happy the way I am”.  All I can say is, Sam, you’re so wrong about this … 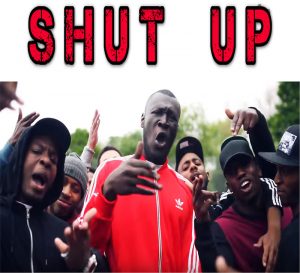 Of course, Sam was totally oblivious to the fact that he had made my bus ride seem everlasting and excruciatingly painful. The dude was very talkative, annoying and just wouldn’t leave me alone! We’ve all experienced those moments when you just want the person to shut up. Yep, it was one of those moments and he wouldn’t at all… Stormzy, where are you? In that moment, I hoped Stormzy would rock up and drop his infamous lyrics – Shut Up.  As the bus approached each stop, I hoped it would be his stop, but he stayed put and my suffering was only to be prolonged.

Physical constraint
Anyone that travels by public transport will know about the physical constraints it can pose, however, for a wheelchair user like myself, we are stuck in the only one accessible space. There isn’t the option to move upstairs to avoid passengers like Sam. So, with no other alternative, I had to endure Sam’s irritating behaviour and be driven to despair. In total disbelief, somehow my PA’s and my facial expressions didn’t require translation in terms of our disapproval of how he acted, but he remained oblivious!

Eventually, Sam reached his stop and I sighed in great relief – woo! I was looking forward to being able to continue my ride in peace.

Reasoning – "what you is what you is, from the beginning to the end"
I would like to say that Sam’s act was unbelievable in my view. Thankfully, it’s not an everyday occurrence as most people don’t exhibit a negative response to my presence. I do feel however, that it’s worth sharing some reasoning in relation to my experience. So, here it goes:

Finally, I say unapologetically, that I will never be made to feel awful and inadequate for not being able to walk, for being a woman and for being a black person. How dare anyone expect me to be disappointed about my being? I think Bob Marley articulates this experience well; “What you is, what you is, from the beginning to the end”.